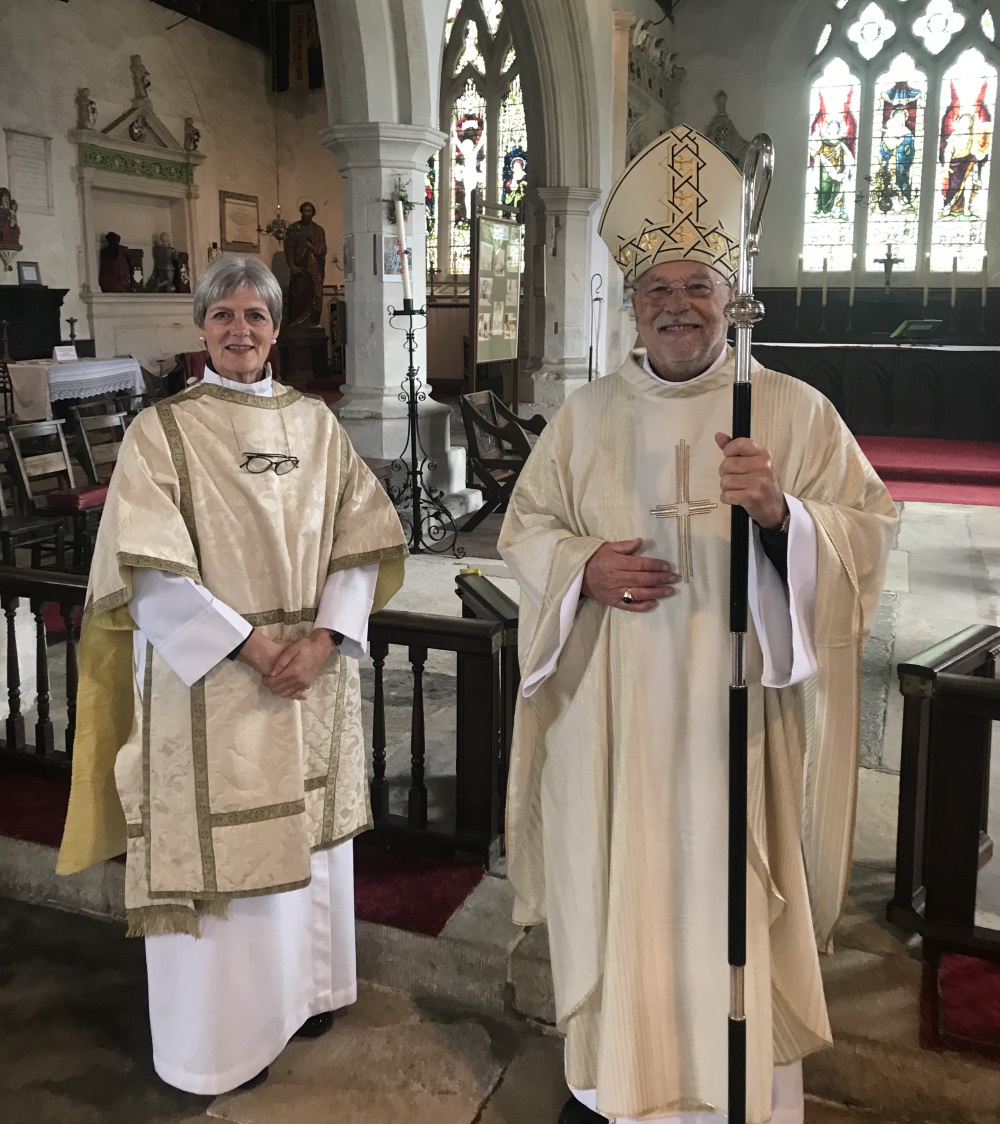 We call them saints not just because of what they did in all their striving to live as good Christians, but mainly because the grace of God touched, moulded, filled them, took them over, so that they could truly be the “good trees bearing good fruit” that Jesus spoke of, or so that they could say, with St Paul, “I live now not with my own life but with the life of Christ who lives in me.” (Gal 2.20)

The saints remind us that we are “to be holy as our Father in heaven in holy.” Being a saint may well be something out of the ordinary – unusual even – but it is not weird or unnatural. On the contrary it is or should be the most natural thing in the world. It is to be what we were created to be.

This is always true, but we have special reasons for pondering on the saints just at the present moment of global crisis.

What does it mean to be holy – or at least to try to be holy – when so much seems to be collapsing around us, when the stability and security most of us in these privileged parts of the world are being challenged and we are all anxious about the future? Part of the answer lies in the basic meaning of holiness in the Bible: that is to say, being apart, separate. It is fundamentally a quality of God himself.

We can think of this in terms of God, as Creator, being apart from his creation. Well, that’s true, but only up to a point. There is obviously a difference between everything in the universe that has been made and the infinite wisdom that lies behind it all and keeps it going But the very fact that God is the Creator means that there is an inseparable bond between them and that everything that exists bears the imprint of God’s wisdom. So God’s apartness certainly doesn’t mean God is disinterested or uninvolved. And of course nothing could prove this more conclusively than the fact that God became human in the womb of the Blessed Virgin Mary – he became flesh and dwelt among us, and by sharing our world made it possible for us to share his.

Or we can think of God’s apartness, his holiness, in terms of his separation from sin and evil. This might seem obvious when we think about the commandments and above all about his promise of forgiveness. But once again, the very fact that God cares about how we behave shows that his apartness certainly doesn’t mean God is disinterested or uninvolved.

If God’s apartness is of this very special kind, so too must ours be. Being holy, being a saint, or even just trying to be a saint, means that each one of us is called to share the ambiguous kind of apartness that is God’s own. We are creatures, but are invited to share in his work of creating. God has created us to care for the world he has made, to make the most of what he offers and, of course, at the moment to discover more and more of the possibilities he has given for confronting the present pandemic and care for its victims. Similarly, we are sinners but always have the possibility of being forgiven, the privilege of forgiving and so to have a share in God’s own righteousness. Being holy as God is holy, cannot therefore mean floating serenely above everyday struggles and difficulties.

On your patronal festival during this strangest of years, renew your commitment to serve God as his saints, living with one foot on earth and one in heaven and knowing that the God of earth and heaven is with you in both. Pray for the wisdom to know in your everyday lives what it means to be citizens of heaven and for the grace to live on earth in a way that befits the citizens of heaven.